Ever since the image below starting buzzing around the internet, people have been using Google Earth to see what else China has built in the Gobi desert. The folks at Wired’s Danger Room have collected a set of structures. Theories as to what they are run the gamut from satellite calibration tools, to bomb testing ranges, to flight schools, to hoaxes. 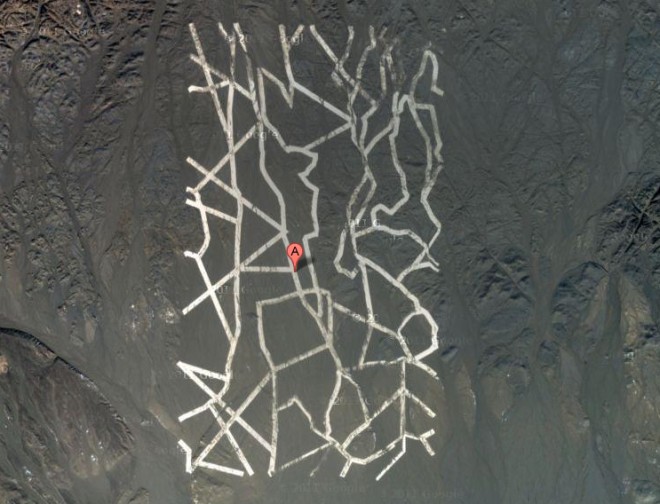 Take a minute to scroll through the sites posted on Danger Room’s site. Not surprisingly, people love a mystery, and the more people look into this one, the more mysteries they uncover. The Danger Room post even quotes a CIA analyst who is bewildered by what he sees. Google Earth is a popular tool right now because it’s open to everyone, but there are other satellite-service-providers (SSP?). Might they offer other views or better resolution?

And what else will we find? Secret cities? More glyphs made by bored Chinese soldiers deployed to the desert? What’s the Chinese equivalent of a big middle finger?