In City of Light, City of Poison, Holly Tucker his written a historical account that reads like a crime/noir novel. This book follows a detective as he gathers clues, interviews suspects, and uncovers a plot far bigger and far darker than he can believe. Which is to say that Tucker has written a popular history in the best sense, telling an engaging story ripped from historical documents. This is a story the portrays the complexity of class, politics, and dark human instincts. It’s a startling and fascinating, if sometimes overwhelming, account. 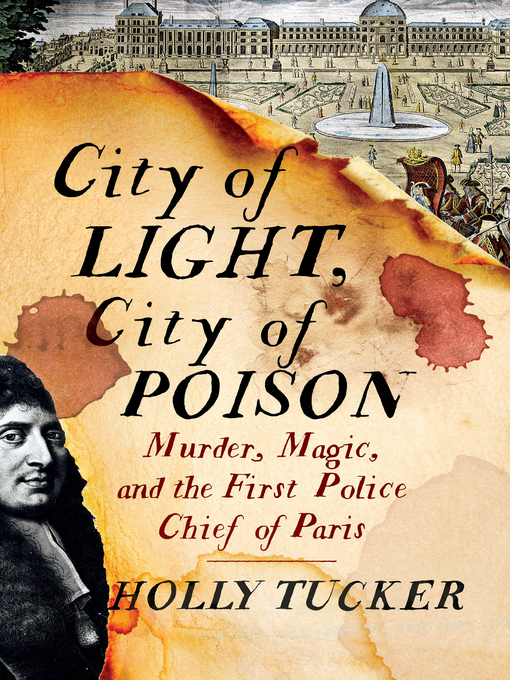 Paris in the late 17th century is a violent place. It’s the “crime capital of the world.” During the day, thieves are everywhere. At night, drunks roam, and cheap pistols can be heard everywhere. When the city’s civil and criminal lieutenants die under mysterious circumstances, King Louis XIV appoints Nicolas de La Reynie to be the new Chief of Police. La Reynie’s first act is to install lanterns on every corner, giving Paris its nickname, “the City of Lights.” Shortly after, the “Affair of the Poisons” begins.

Poisonings were common at this time. La Reynie even certified an apothecary’s all-purpose antidote. The French refer to arsenic as “la poudre de succession,” or “the inheritance powder.” When two aristocratic brothers (and sons of one of the aforementioned lieutenants) fall ill and fear poison, people become suspicious. When the lover of one of their sisters dies, leaving behind a box of incriminating materials with her name on it, people cry scandal. When the King’s own sister-in-law dies of poison, the country falls into hysteria.

The King creates a secret court. He tells La Reynie not to worry about class, rank, or wealth. Arrests, torture, and executions follow. La Reynie uncovered a network of witches and corrupt priests working with middle-class, aristocratic, and noble women. They cast spells, craft poisons, and commit abortions. La Reynie even accuses some of the King’s former lovers of seeking to poison their replacement and even the King himself.

By focusing on La Reynie, Tucker does not spend all of her attention focusing on the glitter and beauty of the Sun King, his court, and Versailles. Instead, she shows both sides of Paris: upper and lower classes. And she shows how starkly those two sides are divided. She details the wealth and extravagance of the King and his court. And she does not shy away from the poverty and desperation of the witches and apothecaries and nobility seek out. She explains how the King gave titles and lands to his former mistresses, while pregnant lower class women must seek dangerous abortions. Tucker’s Paris strips away much of the romance from the City of Lights.

She details how the two classes are treated far differently after arrest. While both could face torture (which is recounted in grisly detail), the justice system presumes upper-class women are, because of their rank, good people who would never commit such horrible acts. Even the King is can’t believe his former mistresses could commit such crimes. This Paris is indeed a very unfair place if you are poor.

My only complaint with City of Light, City of Poison is that Tucker overwhelmed me with details. La Reynie arrested hundreds, and I lost track of all the names. The motives are clear. The methods are clear. The details and rumors are shocking. But it all becomes a jumble at the end. But then again, even La Reynie struggled to report it all. While this does demonstrate how widespread the Affair of the Poisons was, my confusion tarnished my enjoyment.

City of Light, City of Poison was my first exposure to the Affair of the Poisons. It was a fascinating and terrifying read from every angle: the poisons, the dark rituals, the secret courts, the torture, the desperation, the greed. It is a startling window into a moment of deadly and tragic history. And like many Parisians of the time, I was addicted to learning more about this scandal.

2 thoughts on “CITY OF LIGHT, CITY OF POISON by Holly Tucker–a Review”